It is dedicated as a public space to develop and promote Islamic thought, ideas, and philosophy based on the original research and current issues which are underlying the value of tolerance and moderation, such as the following but not limited to these specific issues;

AL-A'RAF was published in 2004 in a fully printed version up to 2015. Since 2016, this journal has been published in two versions: printing and fully open system, using the Open Journal System (OJS) management. Since Volume 15, Number 2, 2018, AL-A'RAF has been accredited Sinta 2 by the Ministry of Research, Technology, and Higher Education Number: 10/E/KPT/2019.

AL-A'RAF has become a CrossRef Member since the year 2016. Therefore, all articles published by AL-A'RAF will have unique number (DOI). This journal published bi-annually (January-June, July-December). 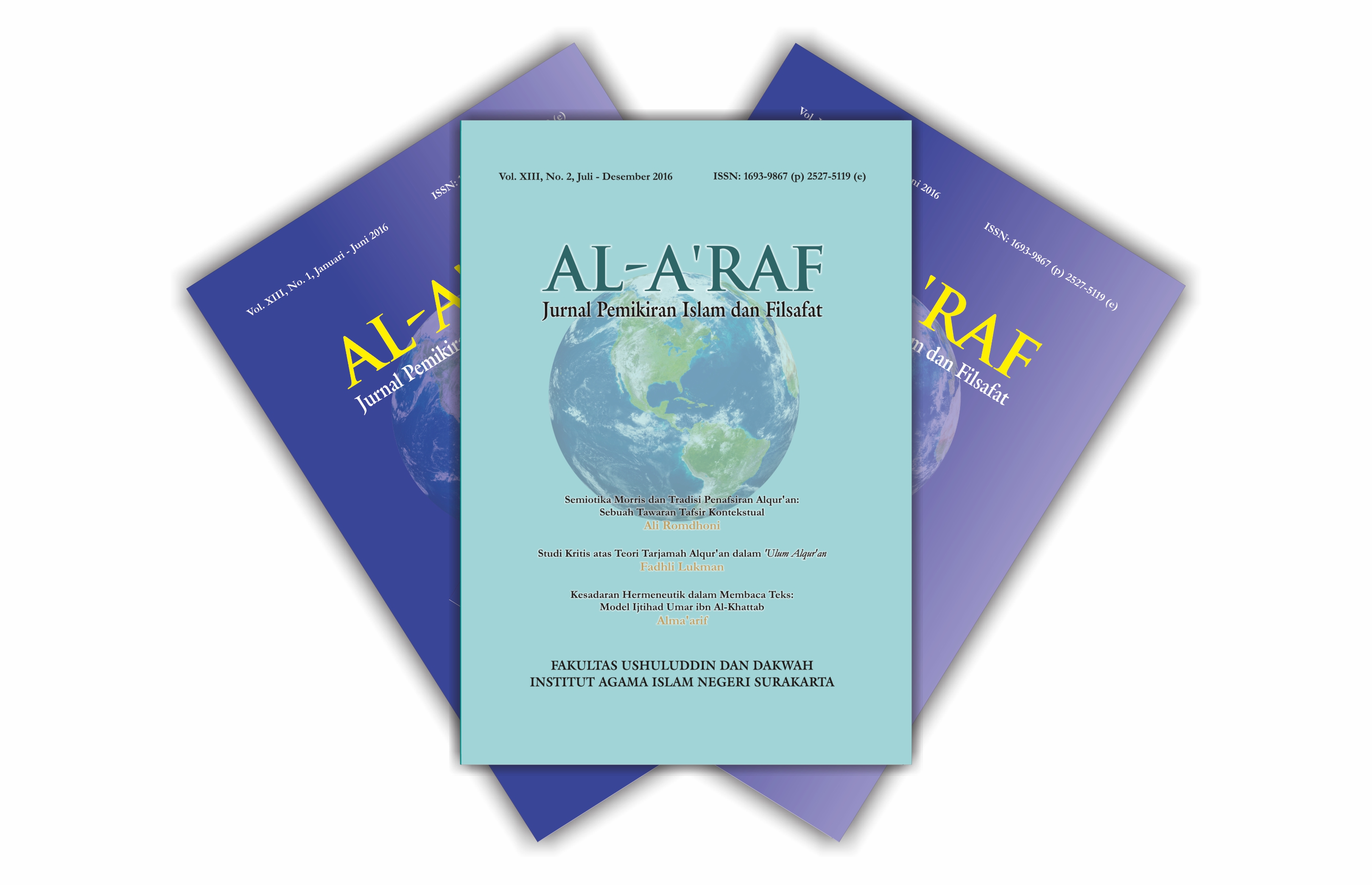 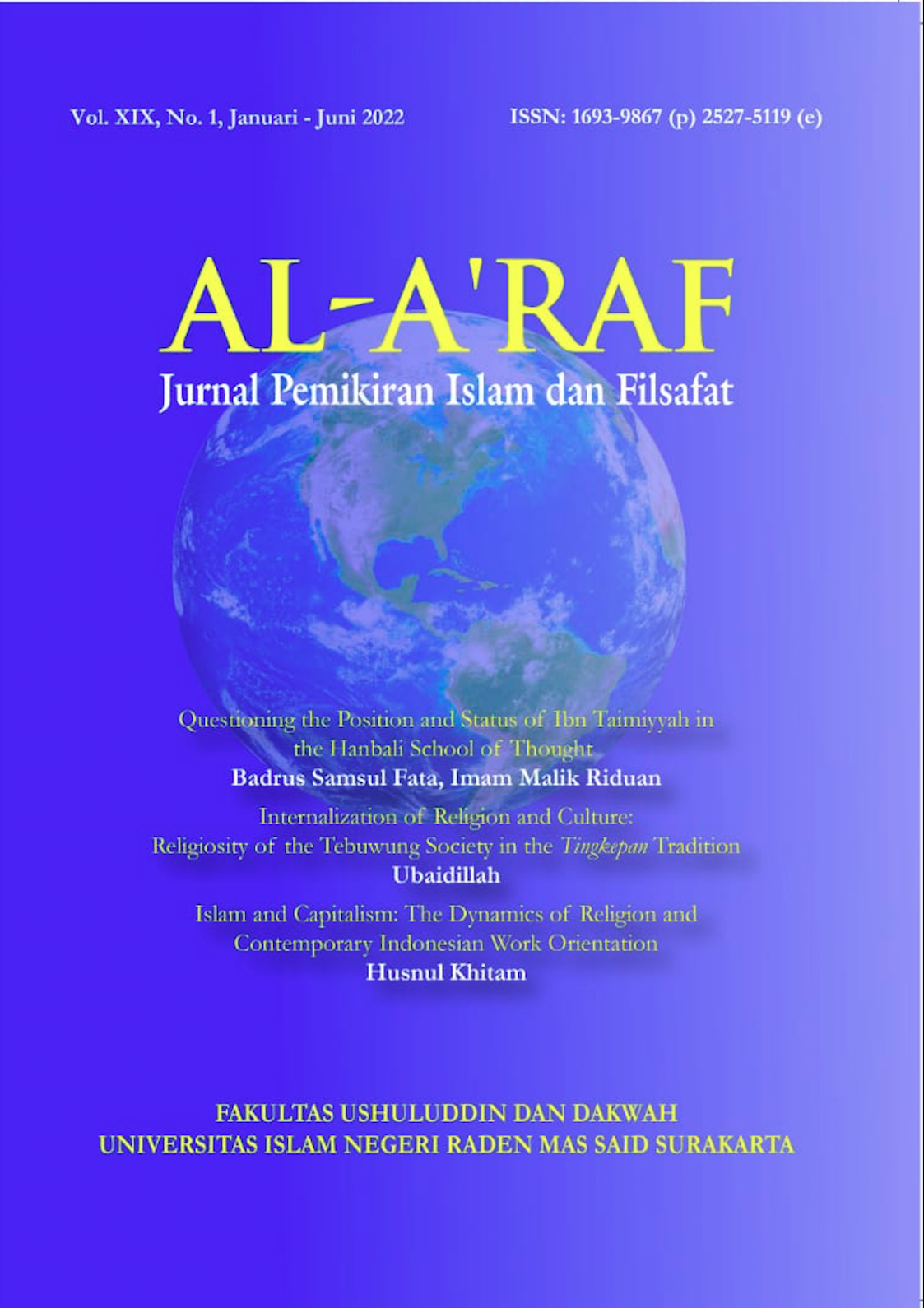 INTERNALIZATION OF RELIGION AND CULTURE: RELIGIOSITY OF THE TEBUWUNG SOCIETY IN THE TINGKEPAN TRADITION

ISLAM AND CAPITALISM: THE DYNAMICS OF RELIGION AND CONTEMPORARY INDONESIAN WORK ORIENTATION

WOMEN POLITICIANS BASED ON PESANTREN IN NATIONALIST BASED VOTERS IN INDONESIA

Find out more about how to publish in this journal